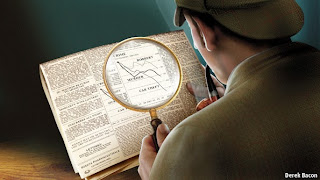 (Image from The Economist)

In a recent article and leader  on the mystery of declining crime rates, The Economist enumerated both some good candidates for reasons why crime is on the way down, such as ageing populations, crime-deterring technologies, and data-driven concentration of police resources, and and some likely false claims, such as that high rates of incarceration reduce crime.

One factor that went unmentioned was culture. Violence, and crime in general, are driven by culture, and if crime is down, the culture of violence and crime are receding. The statistics show crime is receding globally, and that stymies the ability to say it is due to bans on lead paint, guns or no guns, smart policing,  burglar alarms, or prisons, since those vary widely across places where the drop in crime is universal.

If crime is cultural, and the drop in crime is nearly universal, the finger points to the Internet. Are we benefiting from a global electronic culture? Has the Internet been a civilizing influence, even on America's culture of violence?

It is difficult to even form a hypothesis of how this effect operates: Are people better able to compare their societies globally and do they therefore aspire to better societies? Or does global person-to-person communication and connection mitigate violence and crime? Nevertheless, because most other influences can be discarded as non-universal and therefore probably incidental, the Internet is a likely suspect in the case of the missing crime.

Is this just coincidental? While the end of the Cold War coincided with the commercialization and globalization of the Internet, the Internet had only a small influence on liberation of Eastern Europe. Universal desires for a middle class lifestyle emerged in China before the Chinese people had widespread Internet access. Retrograde culture, such as religious fundamentalism, thrives despite the Internet. If we don't know that the Internet is an influence for good, what signs can we look for to indicate if that theory holds up?

There are big places in the world where the Internet still has only a modest reach into society. Less than half of Brazilians and Russians are online. Only a small fraction of the population of India is online. We can observe these societies for signs of influence: Will the culture of violence in Russia be mitigated? Will Brazilians hold their leaders to higher standards due to improved transparency? What kind of middle class will develop in India? Crime remains a serious problem in these places. Will it drop as the Internet penetrates farther into these cultures?

And yet, this universality and global reach is under threat: China has put itself behind the Great Firewall. The US and others' national intelligence apparatuses have unleashed cyberweapons and created a market in security exploits filled with ethics-free "green hat" hackers. Pervasive surveillance destroys trust and threatens the free market in services across borders. In order to continue to reap the benefits of the Internet, it must remain free and global, and we can screw that up if we try hard enough.

Meanwhile, as we look for reasons why crime is down we have to consider that the Internet may be the common factor.